The New York City Department of Transportation (DOT) first published the Street Design Manual in 2009 to better communicate design policy and methods and streamline project delivery to facilitate design excellence. The document was part of a broader effort to transform the city’s streets from a network designed primarily for automobiles into one that supported safe and convenient travel using a diversity of modes.

In the ten years since the release of the First Edition, the city has made unprecedented investments in policies and projects that have collectively reshaped how New Yorkers and tens of millions of annual visitors experience its streets. Building on efforts that began in the early 2000s and accelerated in 2014 under Vision Zero—the city’s initiative to eliminate traffic deaths and serious injuries—DOT and its partners have redesigned hundreds of corridors and intersections across the five boroughs to encourage safe driving, separate pedestrians and cyclists from motorists, and create dedicated space for buses and their riders.

These projects have included hundreds of new miles of bike lanes with just over 125 miles of protected lanes, which, along with the launch and expansion of the Citi Bike bike share system, have brought cycling into the mainstream. For transit riders, a growing network of bus lanes and bus stop enhancements on routes crisscrossing the city have made taking the bus a faster and more comfortable experience.

Perhaps most importantly, by focusing on pedestrians in the street design process, the city has made walking—New Yorkers’ primary mode of transportation—safer, easier, and more pleasant. DOT has widened sidewalks, shortened crossing distances, and installed pedestrian ramps with highly visible detectable warning surfaces at corners across the city. The NYC Plaza Program has taken the car-dominated Times Square and dozens of stretches of underutilized roadway and turned them into pedestrian-focused neighborhood destinations. And, in 2019, the agency partnered with 54 organizations to hold over 100 event days of Weekend Walks, and hosted Summer Streets for the twelfth year, welcoming more than 300,000 people to enjoy a seven-mile car-free route over three Saturdays in August.

Further, efforts to enhance sustainability and resiliency have harmonized with citywide improvements for pedestrians. For example, DOT has nearly completed the transition to LED street lights citywide, creating a more hospitable nighttime experience while conserving energy. And NYC Parks, in collaboration with civic and community groups, has planted over one million new trees, expanding urban tree cover by almost 20 percent between 2007 and 2015.

Though meaningful progress has been made toward safer, more inclusive, and more sustainable streets, much work remains. While the city has seen sustained decreases in traffic-related deaths since it adopted Vision Zero in 2014, too many people are still killed and injured on city streets. DOT is engaged in a substantial effort to provide accessible pedestrian ramps at all of New York's more than 160,000 street corners, so that people of all abilities, as well as people with strollers, can navigate the sidewalks. And evolving challenges like the explosive growth of e-commerce, the urgent threats of sea-level rise and stronger storm surges, and the rapid introduction of new mobility technologies will require new regulatory strategies and creative design thinking.

Like its predecessors, this Third Edition of the Street Design Manual is practical, flexible, and aspirational. DOT and its partners will continue to refine proven methods and experiment with new ones to create a transportation network and streetscape fit for the challenges of this decade and beyond. 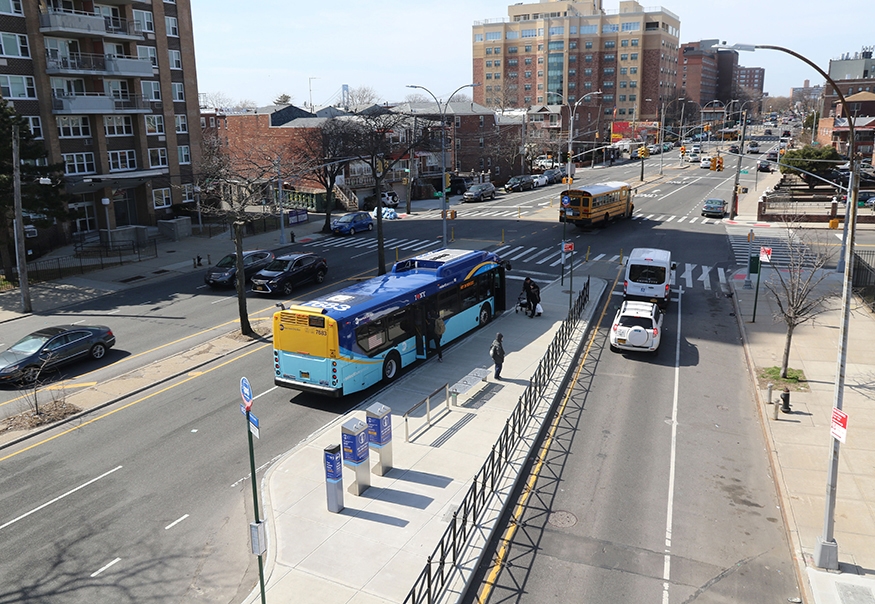 Cropsey Avenue, Bronx after it was redesigned 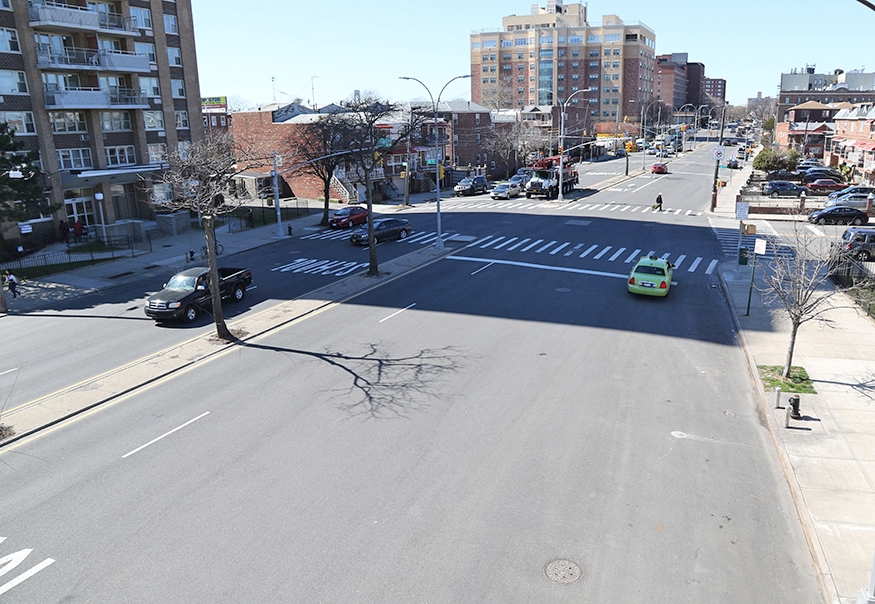 Cropsey Avenue, Bronx before it was redesigned
↑
Download the Manual Buy the Manual Resources